Akrapovic: from garage to global excellence

Many companies operate in Slovenia, only a few, however, stand out with their who excellence and while modern approach. Their products are well known and appreciated all over the world, and that's exactly why taking a look behind the scenes of the lives of these companies is such a special and unique experience. That is why, on the 23rd of May 2018 the world renown Slovenian company Akrapovic opened its doors to the Young Heroes Project. The Akrapovic company is a world leader in exhaust systems, which it produces for the top, manufacturers of motorcycles and sports cars, and which are also used in the prestigious Championships of Moto GP. Taking a stroll through the entire company tells the tale of the companies origins. In a small garage, where the founder Igor Akrapovic once spent long hours manually creating top-quality exhaust products, and where he steadily and in constantly learned, often through failures. After years of investing in researchers development, his company is today one of the branch leaders in the world, but nevertheless, it and its employees remain faithful to their principles and values.

Future challenges which shall need to be met, especially with the ever faster development of electric cars, will leverage knowledge and years of experience into their advantage. The company is aready doing this today, and constantly taking steps towards the future. The advice which the employees gave to the Young Heroes was primarily to invest their time and effort in an area, where they found their passion and to become the best in this area, to developed foreign language skills and also to monitor the world around them, as opportunities tend to arise with each step we take. They also mentioned that they firmly believe in constant learning, thinking outside of the box, and making an effort to be on the leading edge of their craft, while at the same time valuing team spirit and mutual respect. These were just some of the building blocks of the success of the Akrapovic brand, which might someday intertwine with the paths of the Young Heroes. 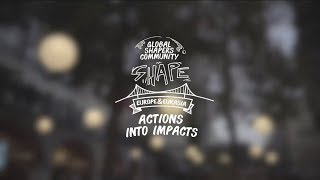